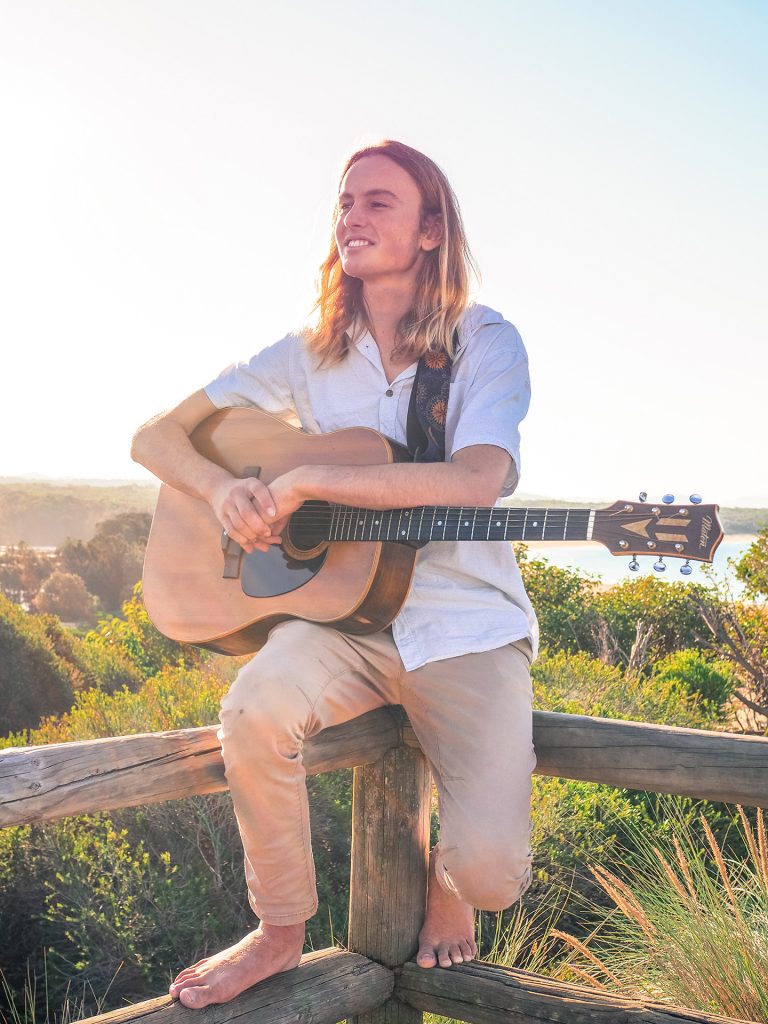 Indie folk and alternative rock performed with passion and integrity are the signature sounds of young songwriter Sam Fletcher. Influenced by the acoustic greats of the ’60s and ’70s, and the folk songs of old, Sam’s acoustic music features skilful acoustic guitar and smooth vocals. On the other hand, his Rolling Stones inspired rock is characterised by singing guitar riffs and charismatic solos, infused with Sam’s distinctive and fresh ‘surf’ vibe. It is this blend of roots and vibrant, youthful optimism that lends an old-soul maturity to Sam’s approach and produces his rare and magnetising performance style.

Sam has been performing and writing songs since an early age. He had been frontman to four-piece rock band Kumera Patch, before deciding to adopt a solo name. These guys made a splash in their local area pumping out original surf rock, influenced by artists like The Rolling Stones and Jimmy Hendrix.

Over recent years Sam has played several small festivals and toured the east coast leading up to the release of his debut EP ‘Summer’s Here’. In February 2021 Sam launched his debut to a sold out home crowd on the South Coast of NSW.

Sam has shared stages with a number of significant acts including The Strides, The Swamp Stompers, Corey Legge, Catherine Britt, The Spindrift Saga and many others. His most recent singles have received airplay across Australia.

Following a break from recording and touring to pursue his passion for winter sports around the globe, Sam has returned home to record his upcoming single ‘The Storm’ which will be released on the 30th September 2022.